The Heritage Research Center is located within the Vernier Radcliffe wing of the Del E. Webb Memorial Library.

History of the Center

In the fall of 1971, the Department of Archives and Research was established by the University Libraries. The Department combined the Historical Records Office collections and available Seventh-day Adventist books and journals to form the core of the Department’s collection. Still housed in the basement of the Vernier Radcliffe Library, the initial purpose of the Department was the preservation of the archival records of Loma Linda University from its founding, and the establishment of a research collection on Adventism.

The Department has been the recipient of major denominational collections over the years. The first came from Clair Burton Clark, a Seventh-day Adventist layman who privately collected books, periodicals, and other primary sources relating to the history of Adventism. In 1972, Clark gave his extensive collection to the University, and the current reading room in the basement was named the C. Burton Clark Heritage Room in his honor. Additionally, the Peterson Collection, acquired from the New York Public Library, and the Lebowitz Collection have added significantly to the department’s holdings in the area of the History of Adventism. In 1975, in recognition of the growing number of special collections, the name of the Department was changed to the Department of Archives and Special Collections. 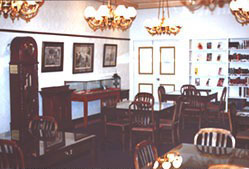 The James F. Barnard Endowment fund has been of tremendous value to the growth of the collections in the area of Seventh-day Adventist history and writings. Established after Dr. Barnard’s death in 1981, the endowment is a valuable source of fund that allow the department to expand its collections and begin new projects. Through departmental purchases and numerous donations large and small, Loma Linda University’s Department of Archives and Special Collections now has one of the significant research collections of Adventist source materials worldwide. The aim of the Department is to share these resources with scholars, students, faculty and members of the community.

The White Estate Branch Office and Department of Archives and Special Collections is in the Radcliffe wing of the Del E. Webb Memorial Library

The Department’s collections also expanded over the years to include the congressional papers of Jerry L. Pettis, our first Seventh-day Adventist Congressman, and those of his wife Shirley N. Pettis, who assumed his seat in Congress after his tragic death in 1975. Another collection focus that has developed over the years is that in the history of the health sciences. The Department houses significant collections of materials in all areas of the health sciences, in multiple languages, including a significant collection in the history of nursing that came as a donation from the New York Academy of Medicine. Recent years have focused on the areas where Loma Linda University, the history of the health sciences and the Seventh-day Adventist church intersect – 19 th century health reform, vegetarianism, the development of Adventist sanitariums, hydrotherapy and the like. The collection houses materials in all formats: print, microform, sound recordings, photographic, manuscripts, and digital.

The purpose of the original Historical Records Office to preserve those archival records important to the founding of the College of Medical Evangelists, has been carried on by the official University Archives which is also under the direction, and housed within, the Department of Archives and Special Collections. 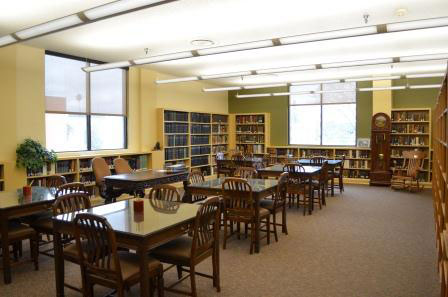 The Department of Archives and Special Collections and the Ellen G. White Estate Branch Office, while separate administratively, occupy the same location within the Del E. Webb Memorial Library, and together they form the newly reorganized and remodeled Heritage Research Center. Patrons are welcome to sit and study in our new Heritage Lobby and to conduct research within our reading room, the C. Burton Clark Heritage Room, no longer in the basement but housed in the northwest corner of Vernier Radcliffe wing of the Del E. Webb Memorial Library with one of the best views on campus!