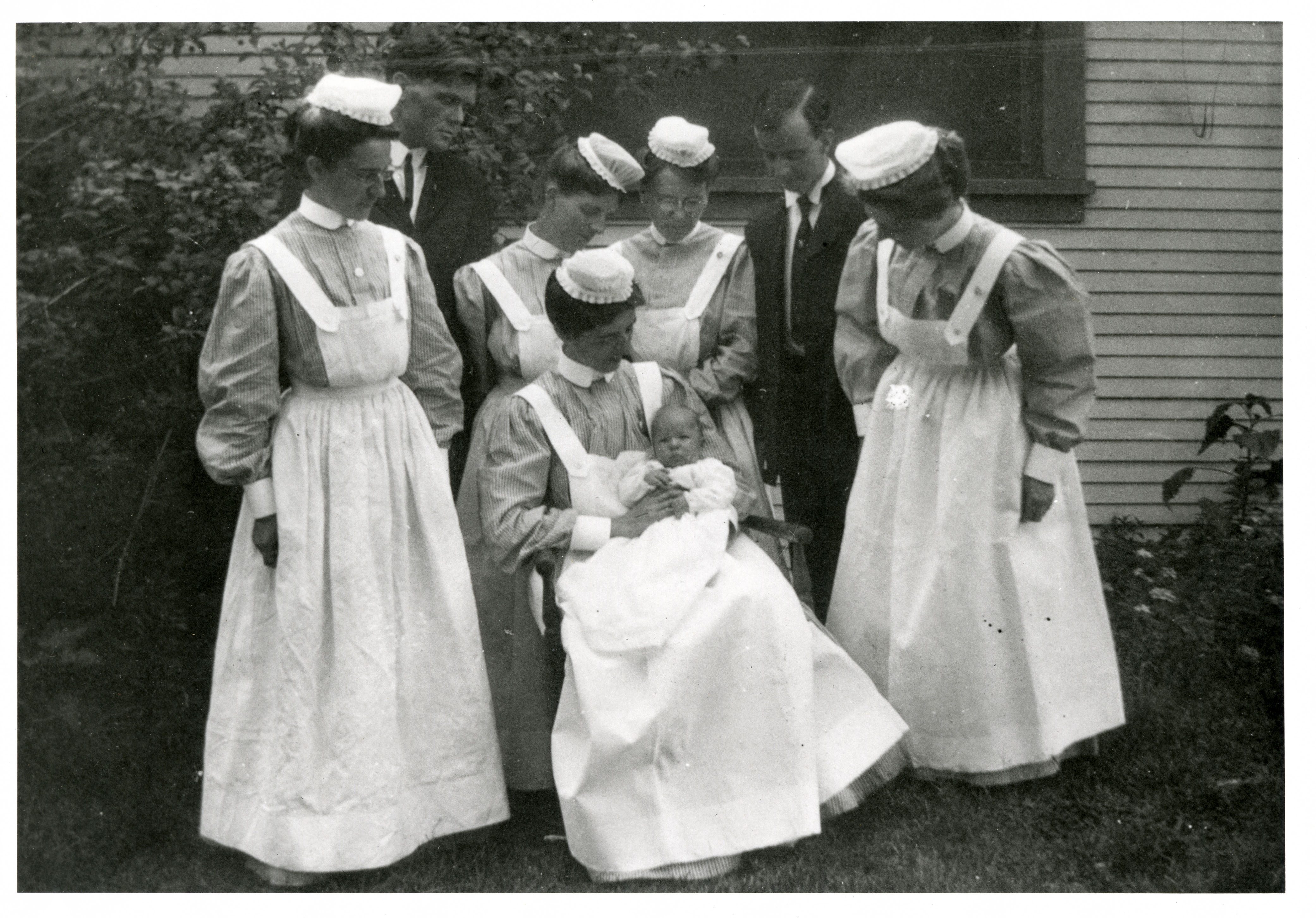 The vocation of nursing has been around for centuries, but the official development of nursing as a career took off in the 19th Century. Florence Nightingale sometimes called “The Lady with the Lamp” for her effort of nursing British soldiers during the Crimean War, saw the need to care for the sick. She was instrumental in developing standards and techniques for nurses and helped design the uniform look. In particular, the nurse’s cap.

The cap was based on the habit, as worn by Catholic nuns, to distinguish those women who worked in the service of caring for the sick. The nurse’s cap has undergone several changes throughout the years. Originally, the cap was more of a veil covering the head, but it later evolved into a white cap during the Victorian era, and later the form we see in figure 01.

The nurse’s cap has also had a ceremonial purpose. For example, as seen in figure 02, the nurse’s cap was used in a ceremony for new nurses. The capping ceremony was established as a way to present a nurse’s cap to students who have completed school work prior to beginning hospital training. Over the course of time, the nurse’s cap has been phased out, mainly due to a concern of bacteria collecting in the cap. Also, with the increasing number of men in the nursing profession, the historical nurse’s uniform has gone away, being replaced by the ubiquitous scrubs and stethoscope. 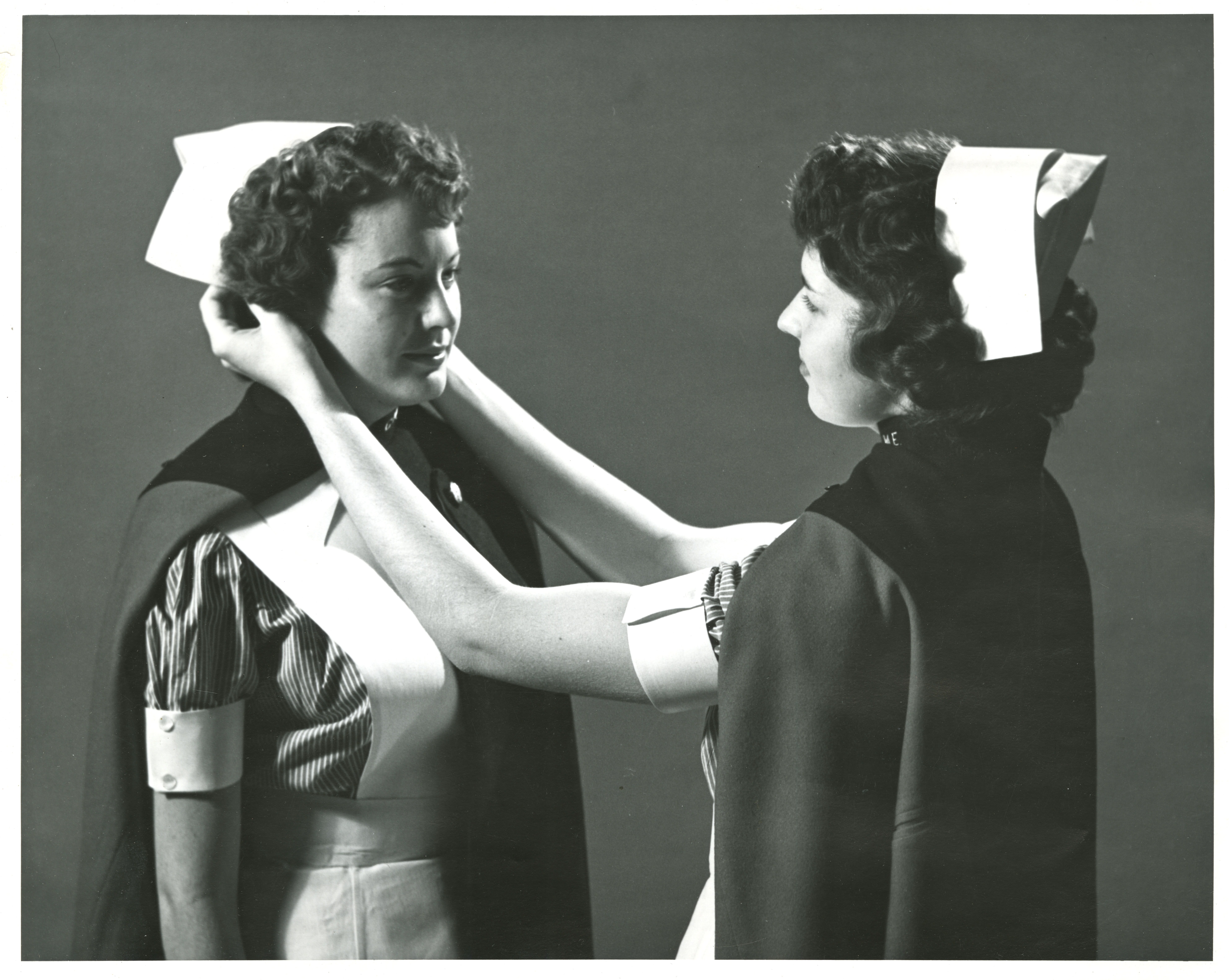 A photograph of student nurses in uniforms performing the capping ceremony, which is part of the graduation ceremonies.

What started as a quick #ThowBackThursday, #TBT update for our department’s Facebook page, and a quest for knowledge, became an opportunity to highlight aspects of our collections. The History of Nursing Collection includes photographs of students and graduation ceremonies from the College of Medical Evangelists, actual nursing uniforms - including wool capes, aprons, dresses and caps – historical nursing texts and manuals, to rarely seen publications by Florence Nightingale. To see one of the nursing photographs and more, head on over to the Loma Linda University Photo Archive at: