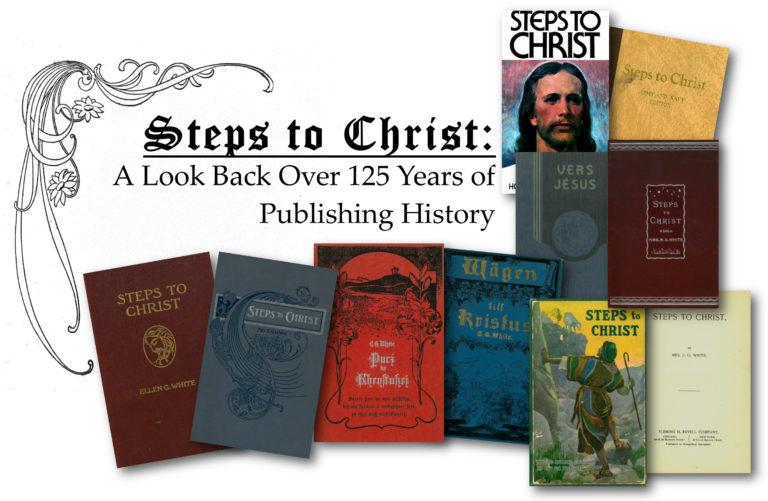 Steps to Christ, written by Ellen G. White, prolific author and co-founder of the Seventh-day Adventist Church, was first published in 1892. As part of the 125th anniversary celebration, The Heritage Research Center will highlight Steps to Christ through the display of numerous editions culled from our collection – domestic and international – published during the last 125 years. The viewer will be able to follow the success of one simple book from the artistic publisher’s bindings of the late 19th and early 20th centuries, to the mass-market paperback editions of the late 20th century.

In the summer of 1890, The Seventh-day Adventist Church asked Ellen White to prepare a small book on the Christian experience. To attract the widest readership possible, including those from other denominations, the Church recommended Ellen have the book published by Fleming H. Revell of Chicago, a well-established publisher of Christian materials. The book was an instant best seller with seven editions printed in its first year alone!

There is no accurate count of the total number of copies of Steps to Christ printed during the last 125 years. The number is thought to be in the millions. Translated into more than 165 languages, this little book took the world by storm and remains a best seller.

Those who wish to view the exhibit may do so for free! The items will be on display at the Heritage Research Center located within the Del E. Webb Memorial Library at the Loma Linda University campus until the end of March, 2018 during normal library hours. 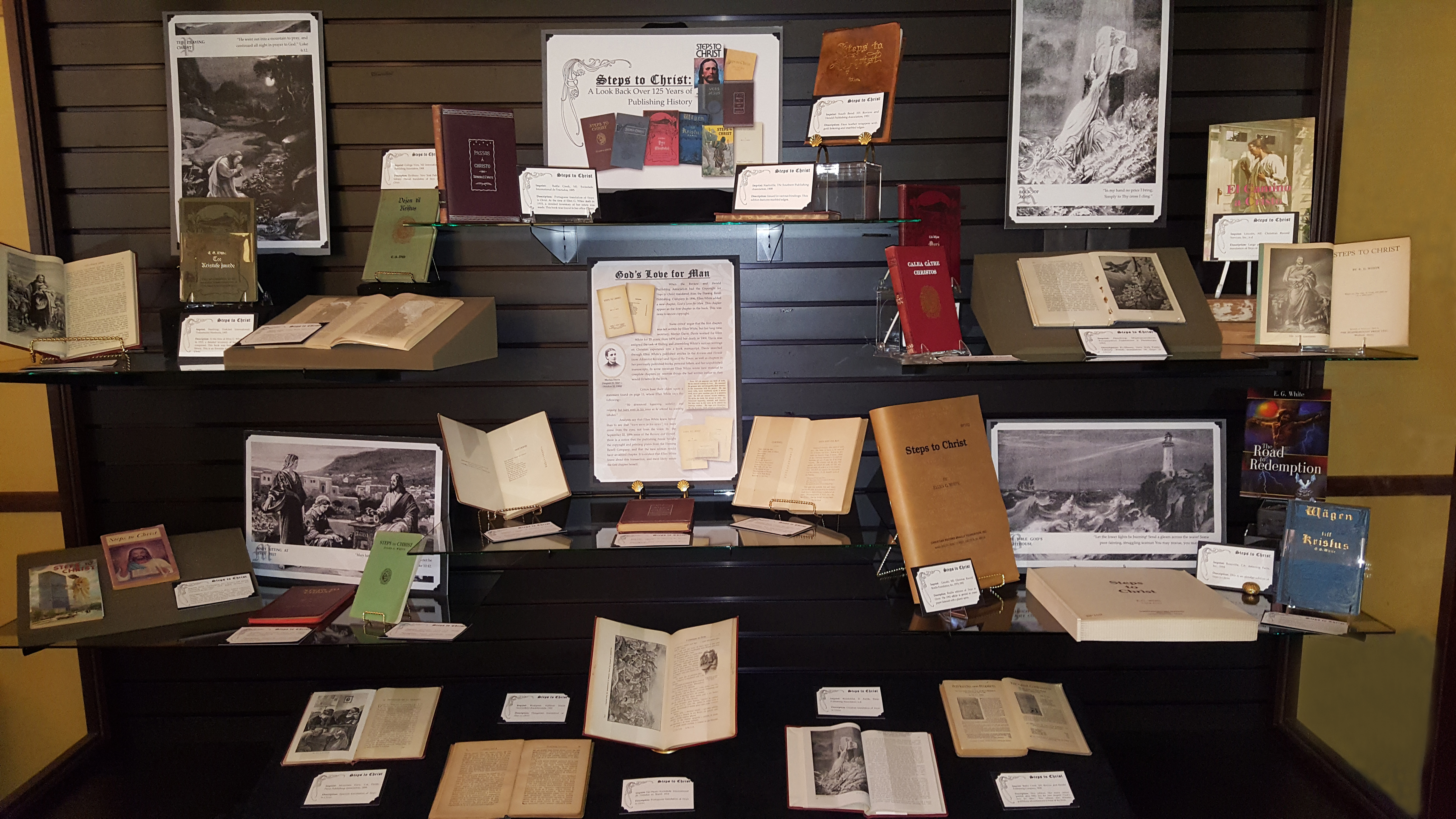 One of the four display cases exhibiting the items at the Heritage Research Center.