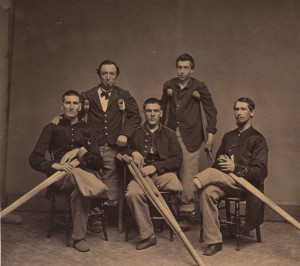 Life and Limb: the Toll of the American Civil War  is now on exhibit in the Del E. Webb Library lobby.  More than three million soldiers fought in the Civil War from 1861-1865.  More than half a million died, and almost as many were wounded but survived.  Hundreds of thousands were permanently disabled by battlefield injuries or surgery, which saved lives by sacrificing limbs.  This exhibit explores the experiences of these veterans, who served as a symbol of the fractured nation and a stark reminder of the costs of the conflict.

This exhibition was developed and produced by the National Library of Medicine, National Institutes of Health.