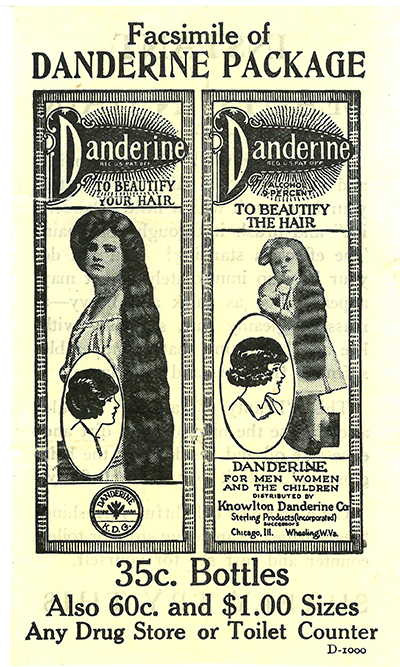 It seems more and more these days, we are having national holidays to celebrate just about anything. Let’s see, on April 10, we celebrated (not me, I’m an only child) National Siblings Day, on April 22 was Earth Day and on April 30, we celebrated National Hairstylist Appreciation Day. Curious about this unfamiliar day, I did some research and discovered on this day we honor hairstylists everywhere who make artful hairstyles possible. A Talented hair stylist will not only make you look good but also make you feel good as well. I was unable to locate the creator (No it wasn’t Paul Mitchell or Vidal Sassoon) of National Hairstylist Appreciation Day but saw this as a unique opportunity to feature a book from our Rare Books and Manuscript collection.

Hairdressing is one of the oldest professions dating back thousands of year. Greek writers Aristophanes and Homer both mention hairdressing in their writings. Haircutting is also mentioned in the Bible, 1 Corinthians 11:6, “For if a wife will not cover her head, then she should cut her hair short. But since it is disgraceful for a wife to cut off her hair or shave her head, let her cover her head.” I’m sure we all recall the tale of Samson from the Book of Judges Chapter 13 - 16, when Delilah cuts his hair. 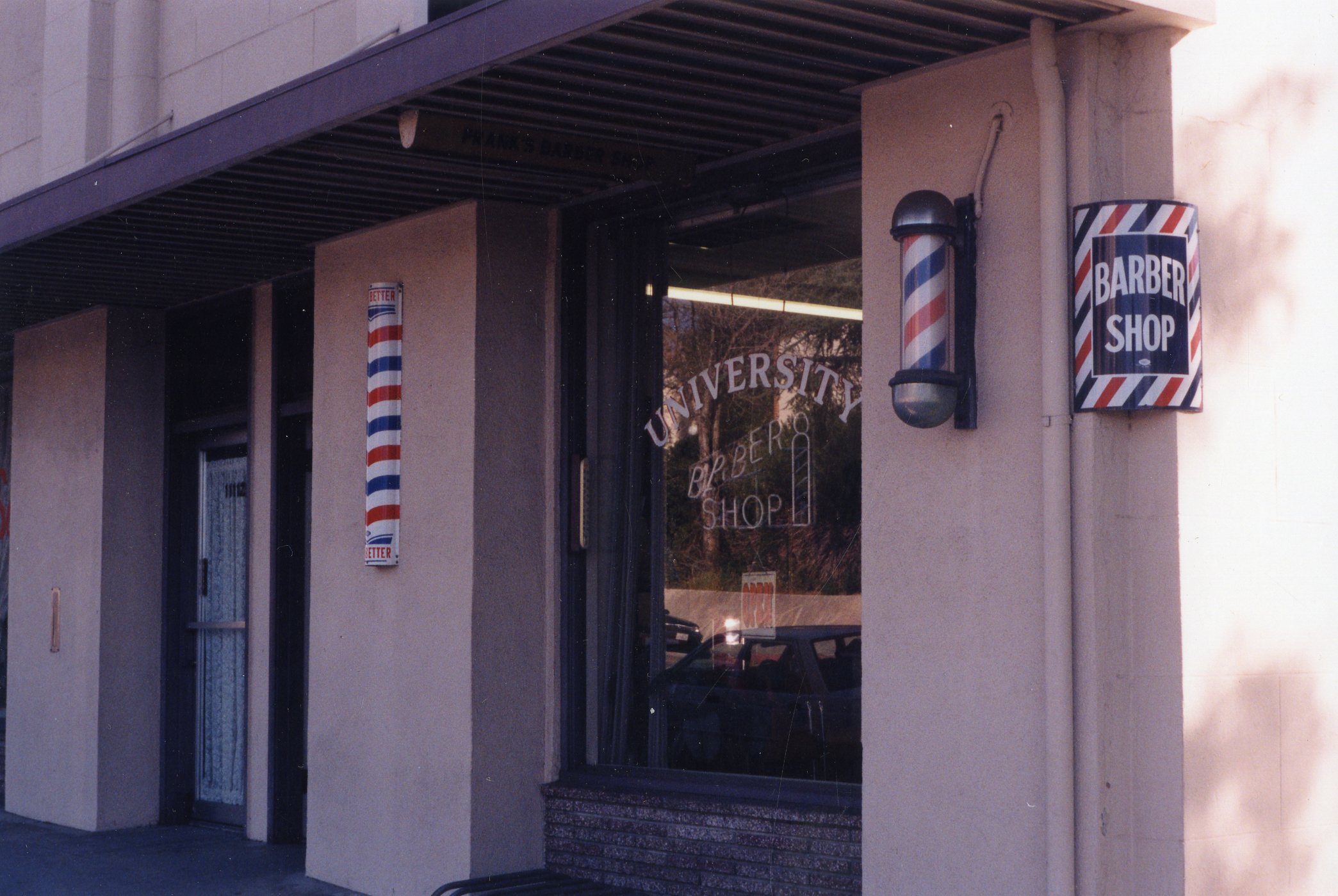 In the ancient world, parasites and scalp issues ran rampant. The ancient Greeks, Romans, and Egyptians often shaved their heads to ward off these infestations. Some may say this is when the trade of “barbering” was born. In the centuries to follow, hairstyling evolved slightly. As the ability to manufacture tools and machines grew during the Industrial Revolution, the actual art of coiffing the hair with irons and clippers became possible. Ladies could go into the salon, or have their hairdresser come to their home before a soiree. The first appearance of the word “hairdresser” came in 17th century Europe and this is when hairdressing was considered a profession. 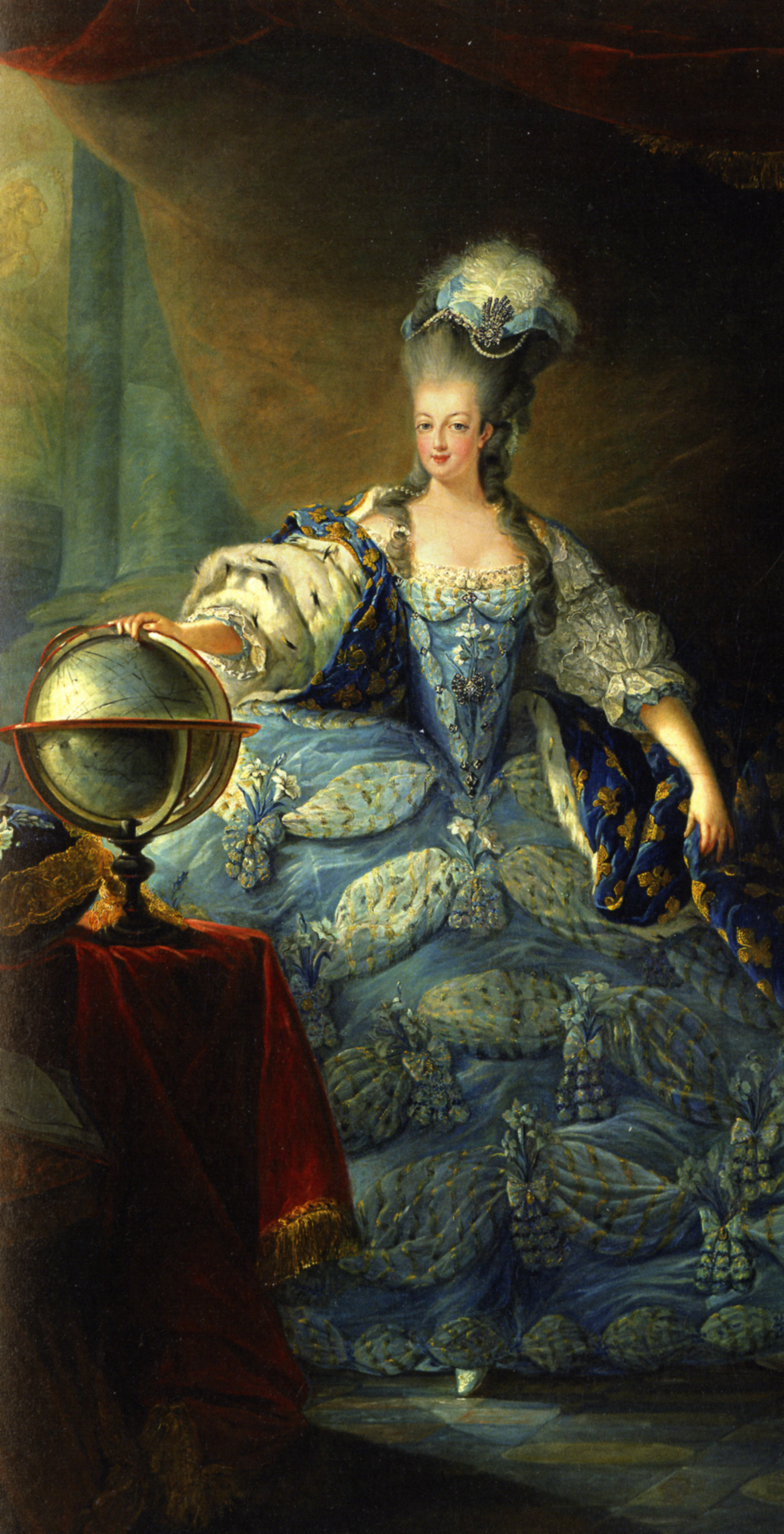 Marie-Antoinette, ca. 1775 in a court dress showcasing her infamous pouf.

Women’s hair began to grow taller in style during the 18th century mainly due to Marie Antoinette’s pouf. The late Queen first debuted the popular creation in June 1775, at the coronation of her husband Louis XVI. This started a trend of young French women wanting to wear their hair in the same matter. The hairstyle would last for about two weeks until it was no longer hygienic. Coated with animal fat and powder mixed with wheat flour, which was a common recipe for a styling pomade, the hair would become rancid and would often attract vermin – ostensibly the origin of the term “her hair is a ‘rat’s nest’ “.

Ellen White was outspoken about the use of wigs and hairpieces commonly worn by women. The artificial chignons and braids then so popular during the 1860s were distasteful to her. Not only a breeding ground for vermin, Ellen White saw even more terrible consequences – “horrible disease and premature death” – resulting from wearing wigs. Addressing “Christian Mothers” in the Health Reformer, she described the dire physiological effects:

“The artificial hair and pads covering the base of the brain heat and excite the spinal nerves centering in the brain. The head should ever be kept cool. The heat caused by these artificial coverings induces the blood to the brain. The action of the blood upon the lower or animal organs of the brain causes unnatural activity, tends to recklessness in morals, and the mind and heart are in danger of being corrupted.”

The end of the 1800s saw the transition from barbershops to salons all over the world. But women were still having their hair styled by their servants. Salons started advertising in a big way to get women out of their homes. Around, this time, a self-made entrepreneur, Martha Matilda Harper opened the first public salon called ‘The Harper Hair Parlor’. She invented the salon recliner chair but never patented her invention. She started training schools and employed the girls in her salon. The roaring 20s saw almost 25,000 hair salons open in the U.S. From the 1900s to 20s, bobby pins, hair dryers, perms, and hair color became popular.

How to Care for the Hair at All Times by Juliet Marion Lee was published by the Juliet M. Lee Hair Culture Company of New York in 1904. The volume is the outcome of numerous requests of personal friends, patients and countless correspondents who trusted Ms. Lee with the daunting task of hair care. The writer tells of cases where baldness has been made to disappear and other cases where the original hair color has been restored by massage of the scalp in order to promote arterial circulation to preserve the hair roots. It is finely illustrated by reproductions of photographs made for use in a series of lectures on the treatment of the hair.  This book is an excellent example of holistic healing and 19th century Health Reform. 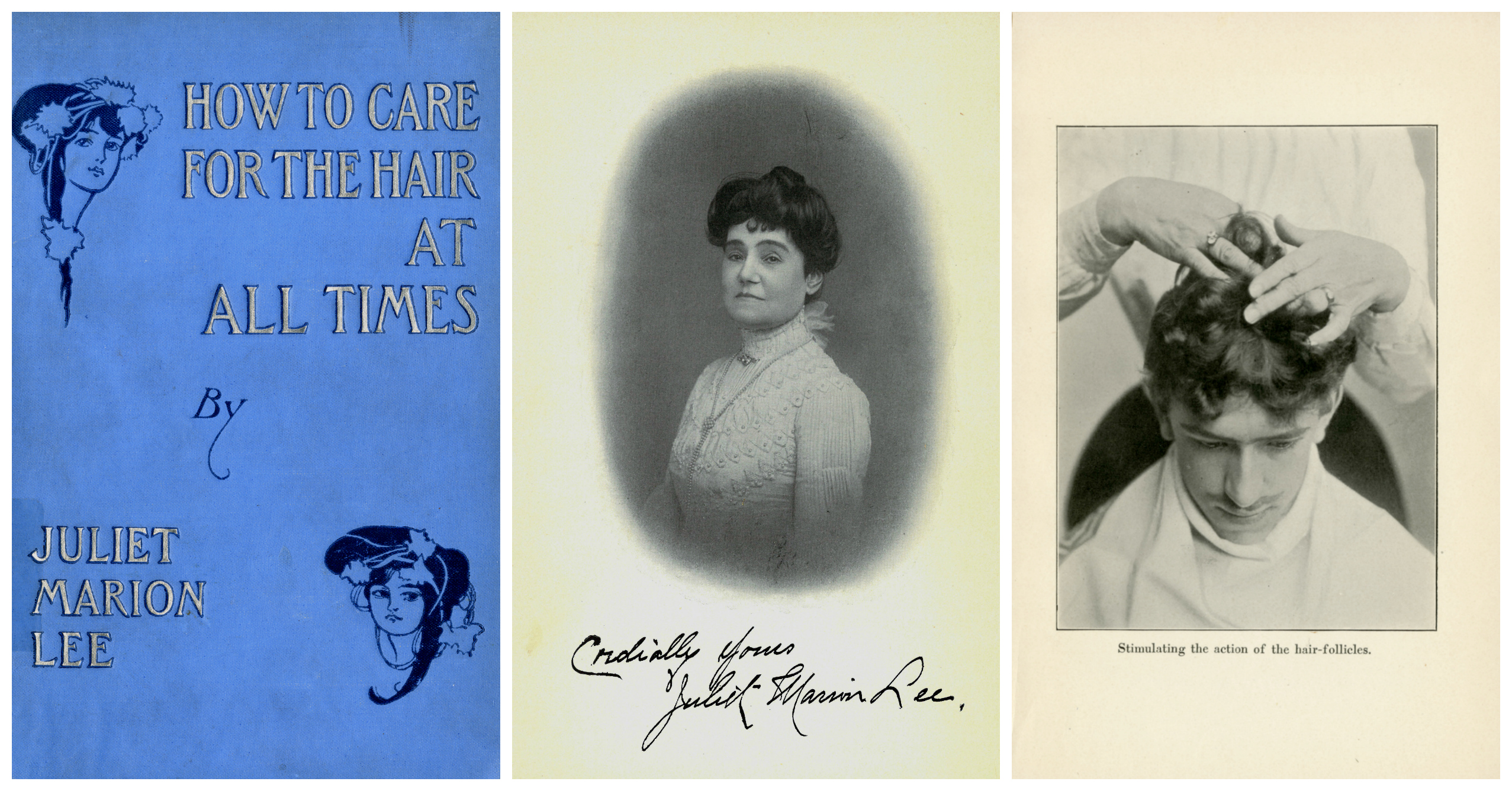 Written by a professional hair masseuse, Ms. Lee book provides the reader with copious photographs and gives detail accounts of each method.