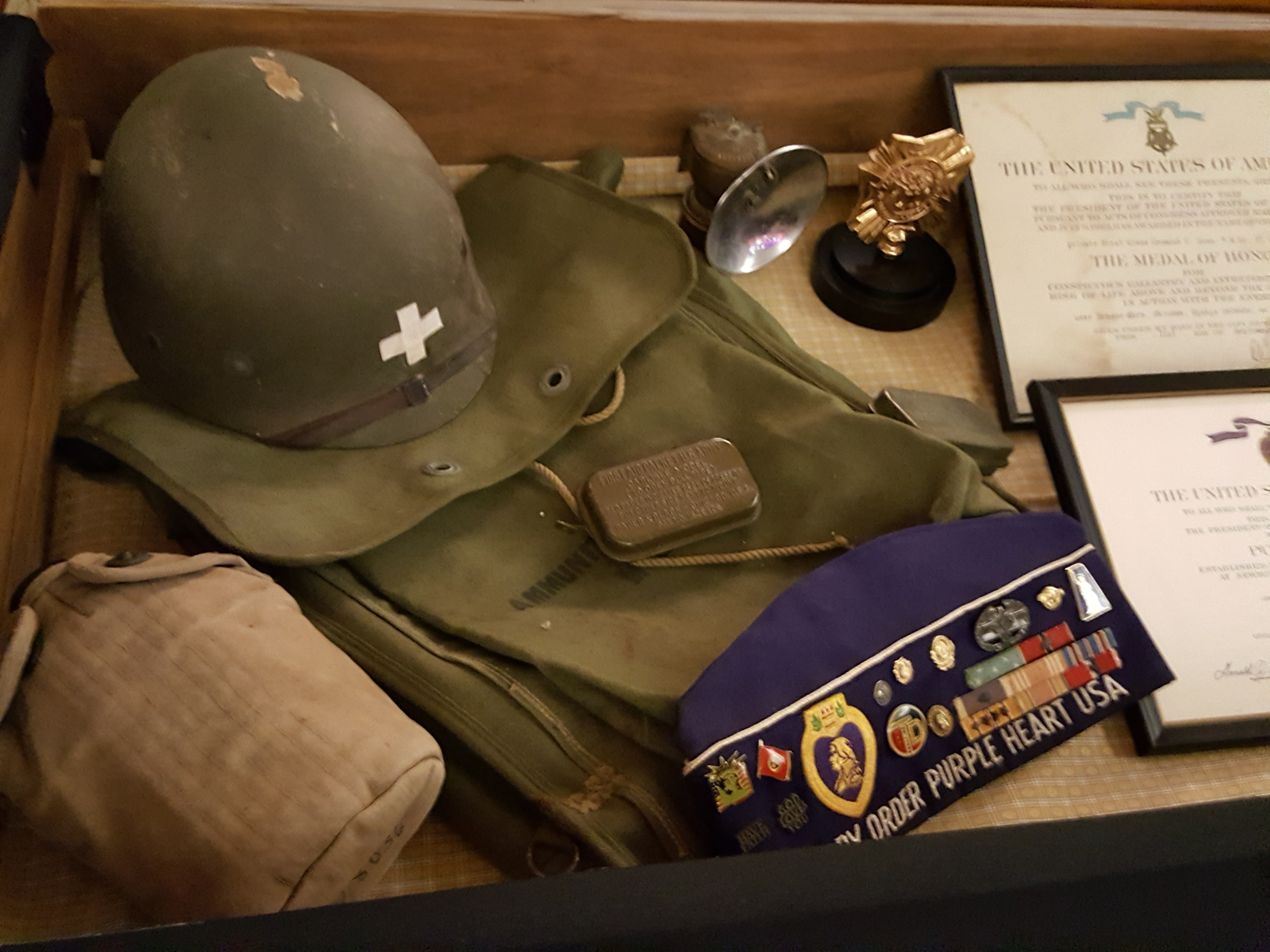 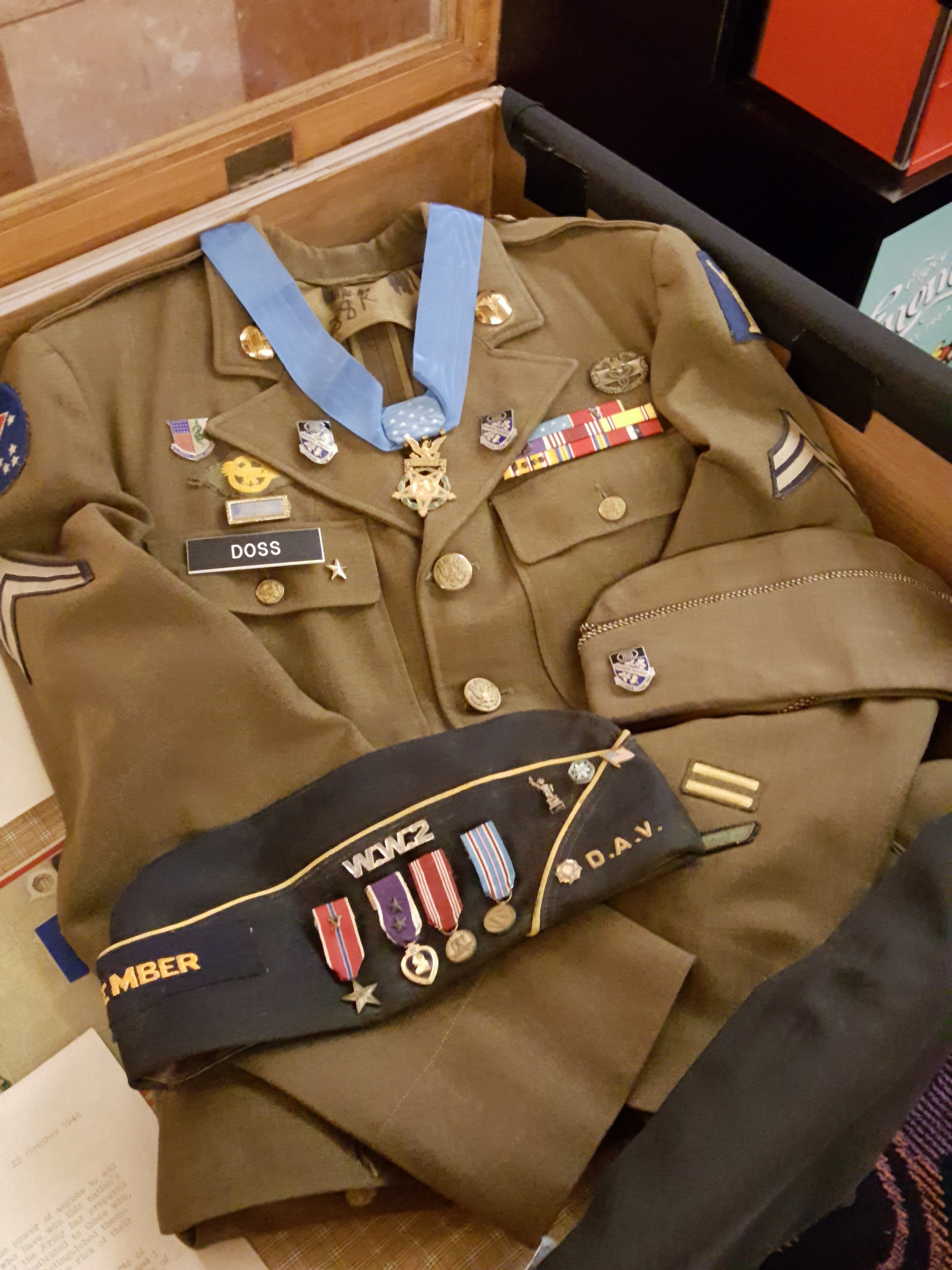 Doss's Army Service Uniform with his replacement Medal of Honor.

Our department has been busy lately. We were invited to set up an exhibition at the advance private screening of the film, Hacksaw Ridge, hosted by Loma Linda University Health on November 3, 2016. The movie tells the true story of Pfc. Desmond T. Doss, a Seventh-day Adventist conscientious objector, who won the Congressional Medal of Honor for his heroic actions at the Maeda Escarpment during the Battle of Okinawa (Apr 1 – Jun 22, 1945), the largest and bloodiest battle of the war. Desmond Doss was credited with single-handedly saving 75 wounded soldiers off the escarpment over a 12-hour period under enemy fire, and was the first conscientious objector to win the Medal of Honor. In addition to the Medal of Honor, Doss was awarded two Purple Hearts and the Bronze Star. 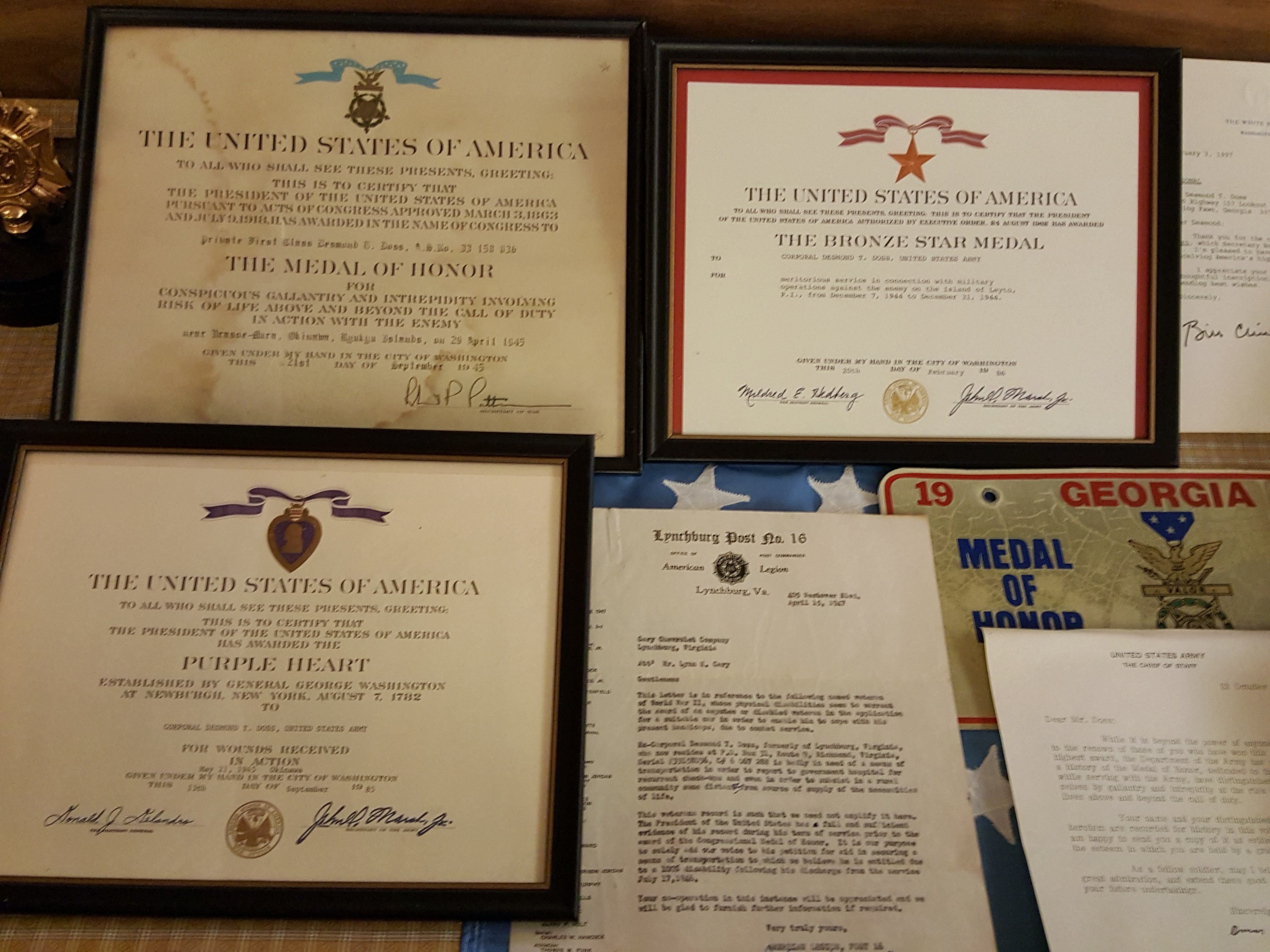 In June of 2007, the collection was acquired as a donation from the Desmond Doss estate through the Georgia-Cumberland SDA Conference. Housed in approximately 60 archival boxes, the Desmond Doss Collection includes personal correspondence written to and from Doss, medals, certificates, uniforms, scrapbooks, memorabilia and more collected by Doss during his lifetime. Within the collection is a replacement Medal of Honor (one of two) that was given to Doss for his courageous and heroic efforts. The original medal awarded to Doss on October 12, 1945, was lost in 1969 during a visit to Okinawa. The medal was later recovered, but Doss had already requested this replacement medal. His original Medal of Honor was donated to the Charles H. Coolidge Medal of Honor Heritage Center in Chattanooga, Tennessee in 1990 by Desmond and wife Dorothy. However, we believe the bars and ribbons are originals.

Shown are a few snapshots of items exhibited at the film premier. The department of Archives and Special Collections plans to create a larger exhibit highlighting Desmond Doss and his remarkable achievements. Check back soon for more information.