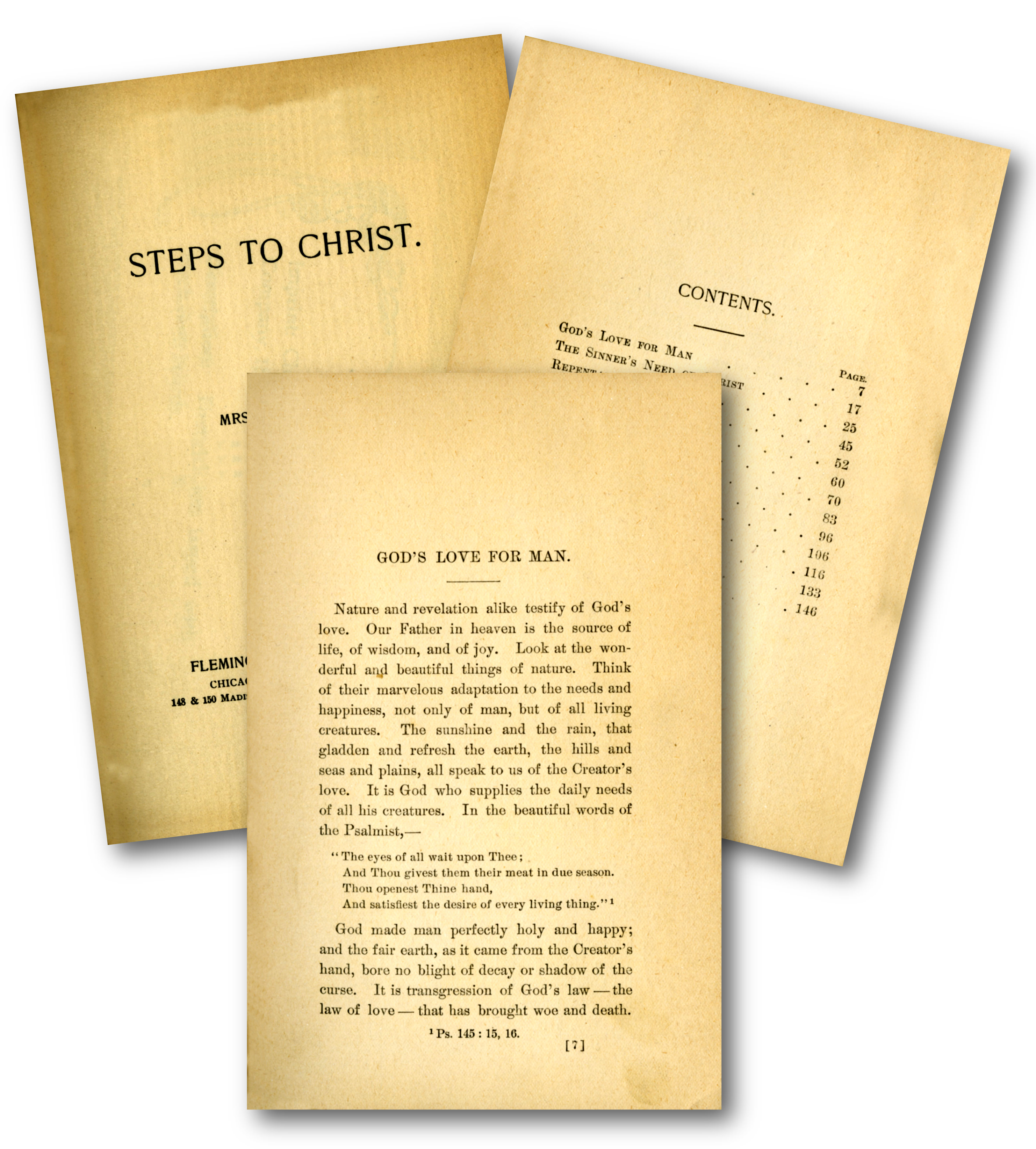 When the Review and Herald Publishing Association had the Copyright for Steps to Christ transferred from the Fleming Revell Publishing Company in 1896, Ellen White added a new chapter, God’s Love for Man. This chapter appear as the first chapter in the book. This was done to secure copyright. 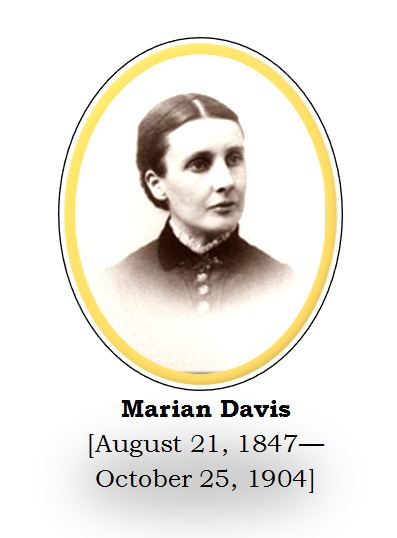 Though Ellen White had many literary assistants throughout her life, none seemed more highly valued to her than Marian Davis

Some critics’ argue that the first chapter was not written by Ellen White, but her long-time secretary, Marian Davis. Davis worked for Ellen White for 25 years, from 1879 until her death in 1904. Davis was assigned the task of finding and assembling White’s various writings on Christian experience into a book manuscript. Davis searched through Ellen White’s published articles in the Review and Herald (now Adventist Review) and Signs of the Times, as well as chapters in her previously published books, personal letters, and her unpublished manuscripts. In some instances Ellen White wrote new material to complete chapters, or rewrote things she had written earlier so they would fit better in the book.

Critics base their claim upon a statement found on page 11, where Ellen White says the following:-

“He denounced hypocrisy, unbelief, and  iniquity; but tears were in his voice as he uttered his scathing rebukes.” 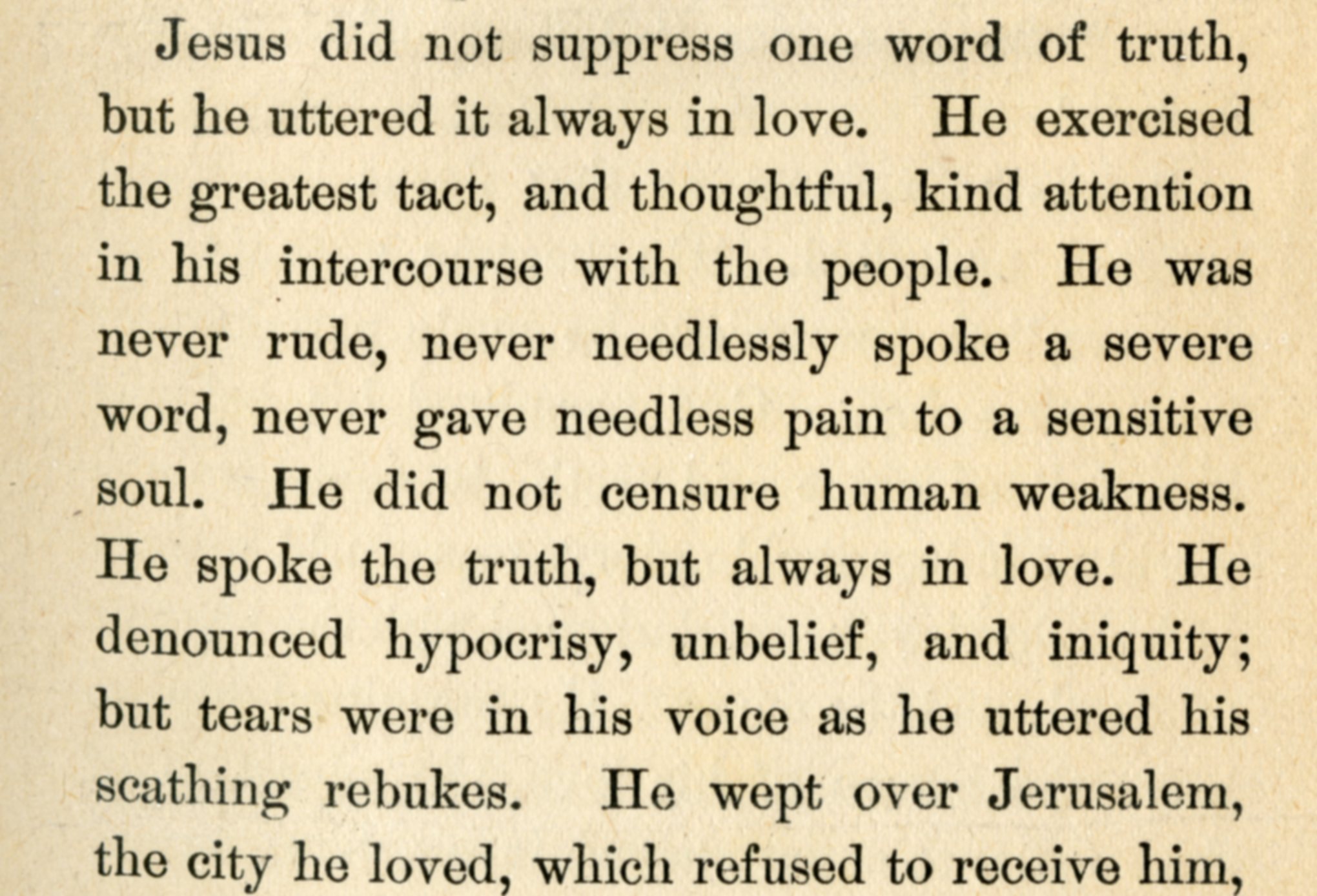 TEARS comes from the EYES, not from the VOICE!!!

Analysts say that Ellen White knew better than to say that “tears were in his voice”, for tears come from the eyes, not from the voice. In the September 22, 1896 issue of the Review and Herald, there is a notice that the publishing house bought the copyright and printing plates from the Fleming Revell Company, and that the new edition would have an added chapter. It is evident that Ellen White knew about this transaction, and most likely wrote the first chapter herself.