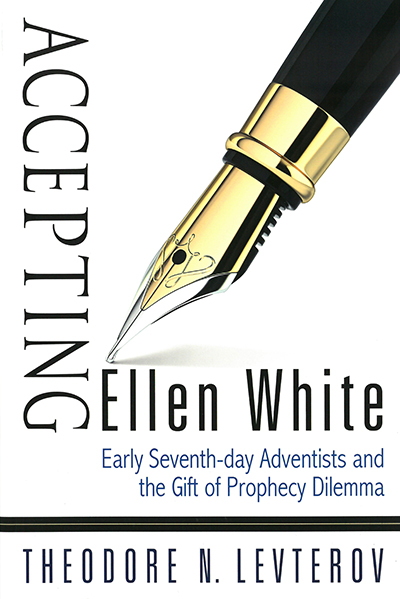 Loma Linda, California – School of Religion professor and director of the Ellen. G. White Estate Branch Office at Loma Linda University, Theodore N. Levterov, just publish his second book. Accepting Ellen White: Early Seventh-day Adventists and the Gift of Prophecy Dilemma.  The mid-nineteenth century was a time of spiritual enlightenment and it was not unusual to attend a religious meeting or observe someone experiencing visionary and charismatic manifestations from God. Ellen (née: Harmon) White received her first vision in December 1844, a few months after the Great Disappointment on October 22, 1844. Many Millerites were skeptical of such visionary claims during this time.

So, how did Sabbatarian Adventists come to accept her gift as truly prophetic in comparison to others whom were claiming similar gifts at that time? It came about through four developmental stages in early Adventism from 1844 to 1889. In Accepting Ellen White, Dr. Levterov examines each stage, its challenges, and the conclusions that eventually led Seventh-day Adventists to a complete acceptance of Ellen White’s prophetic gift.

Dr. Levterov has been director of the EGW Estate Branch Office and faculty at Loma Linda University since November 2011. He has worked as a pastor in his native Bulgaria and in the United States. He holds a BA in theology from Newbold College, England, an MDiv, and a PhD in Religion with an emphasis in Adventist history from Andrews University, Michigan. He has published numerous articles and several book chapters related to the history of Seventh-day Adventism and Ellen White. He also authored The Development of the Seventh-day Adventist Understanding of Ellen G. White’s Prophetic Gift, 1844-1889, published by Peter Lang in 2015.

His book can be purchased online at http://www.adventistbookcenter.com/