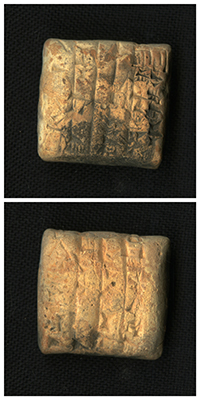 While cleaning out an old filing cabinet, I came across three odd-looking pieces of clay. I was going to toss them, but the collector in me decided against it. After doing some research, I soon discover they are artifacts depicting one of the earliest systems of writing. Cover image [Enlarged]

Books have existed for more than four thousand years, but hardly in the forms have we known them today. These peculiar bits of clay, Cuneiform Tablets, were first developed by the ancient Sumerians of Mesopotamia (current day Iraq and Syria) c. 3500-3000 BCE. This region created many things later adopted by what is called “Western Culture” as well as Near Eastern civilization, including written language, the wheel, the seven-day week, the 24-hour day, the 360-degree circle and many other things we take for granted.

The name comes from the Latin word cuneus for ‘wedge’ owing to the wedge-shaped instrument used. In cuneiform, a carefully cut writing tool known as a stylus (no, not the one on your smartphone, but close!) is pressed into soft clay to produce wedge-like impressions that represent word-signs (pictographs) and later phonograms or ‘word-concepts’ (closer to a modern-day understand of a ‘word’).

When the ancient cuneiform tablets of Mesopotamia were discovered and deciphered in the late 19th century, they would literally transform the human understanding of history. Prior to their discovery, the Bible was considered the oldest book in the world. The Gutenberg Bible (in Latin) was the first major book printed in Europe with movable metal plates by Johannes Gutenberg in 1455. 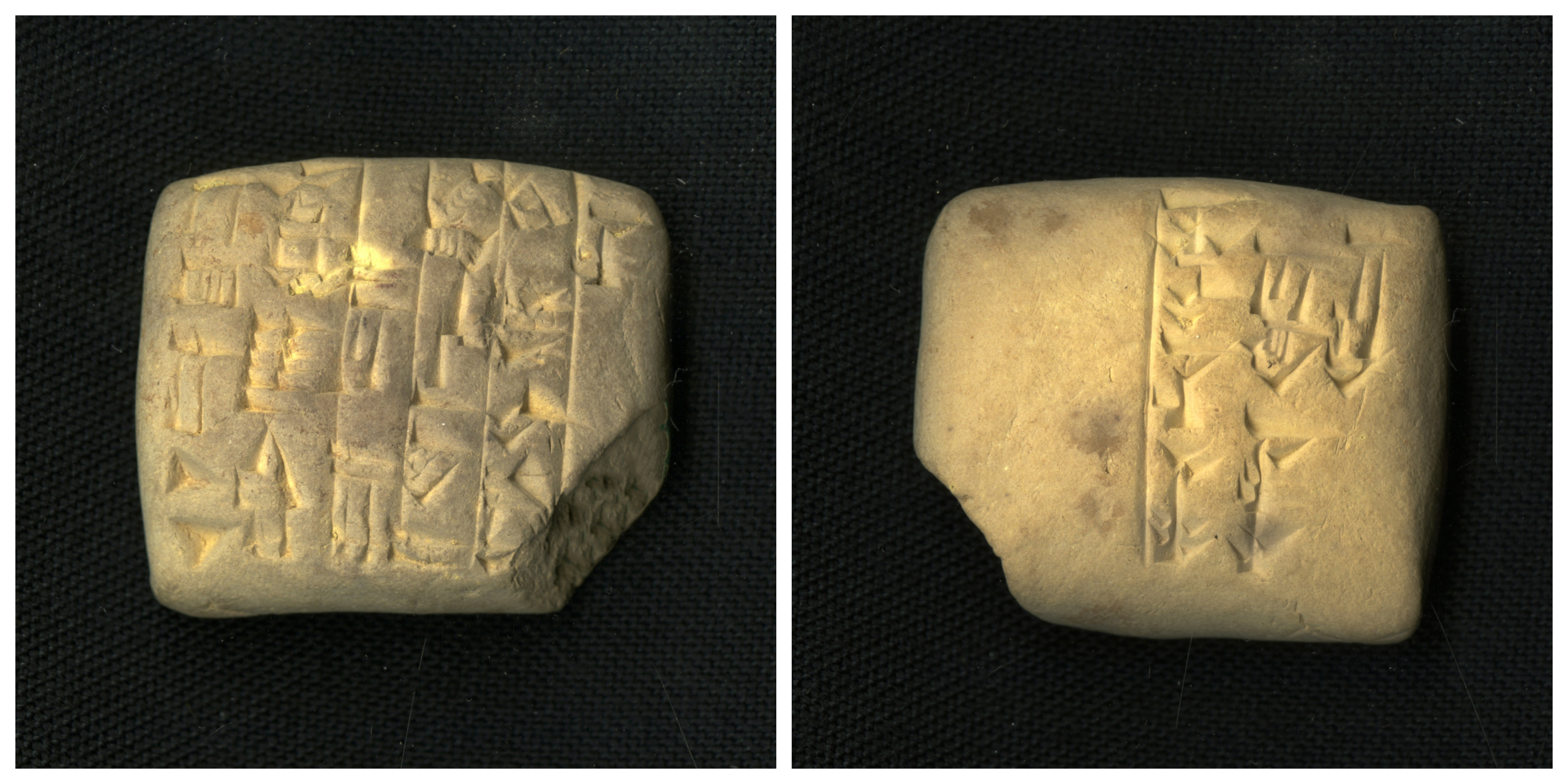 This cuneiform tablet is a record of workmen, measuring 3 x 3.5 cm. Cuneiform writing is not alphabetical but a mixture of ideograms (one sign is one word) and syllabic. If a tablet is only slightly damaged, such as this one shown, complete words are illegible, and a surprisingly large part of modern scholarly literature is devoted to simple questions as "what is this or that sign?"