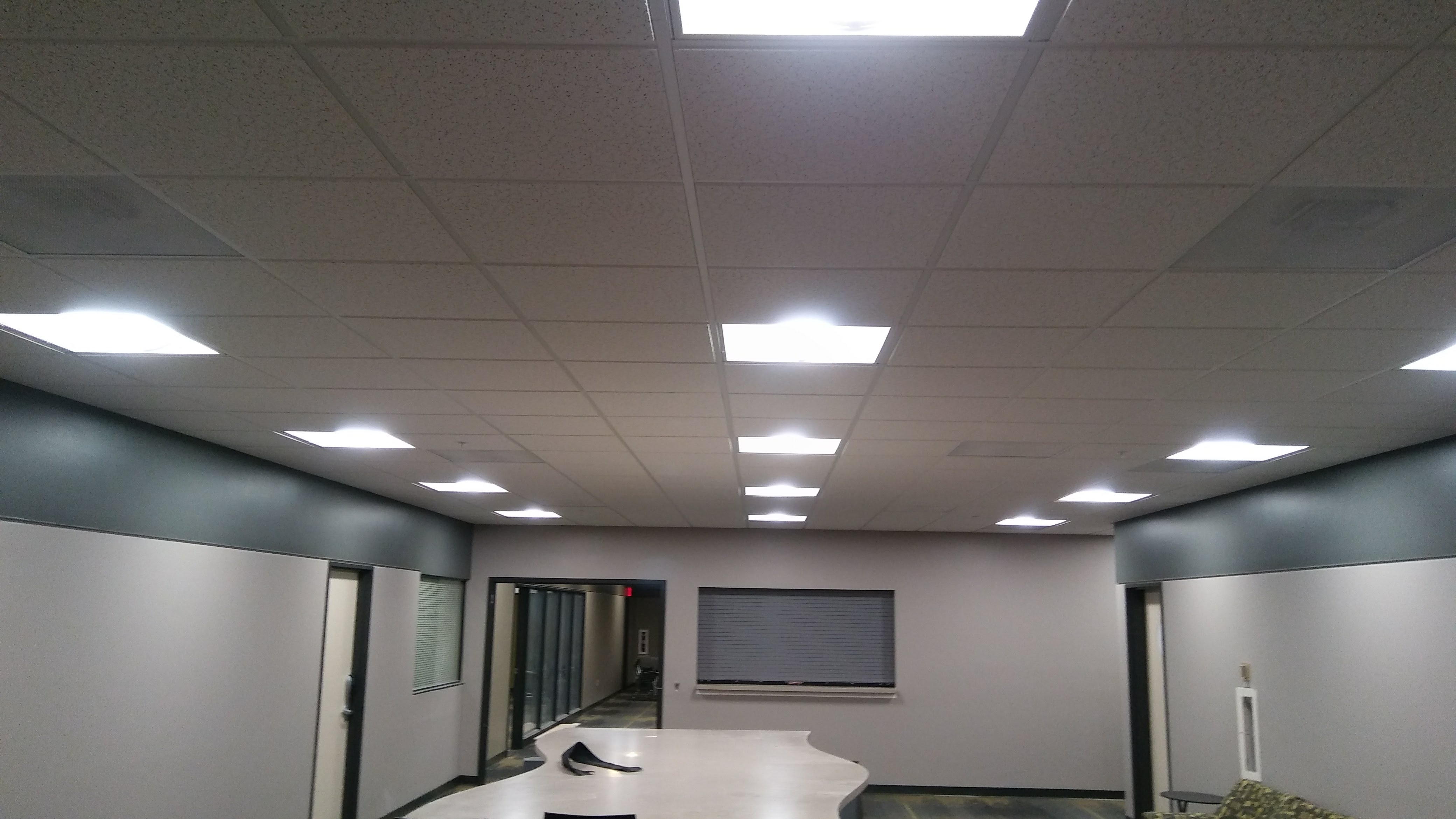 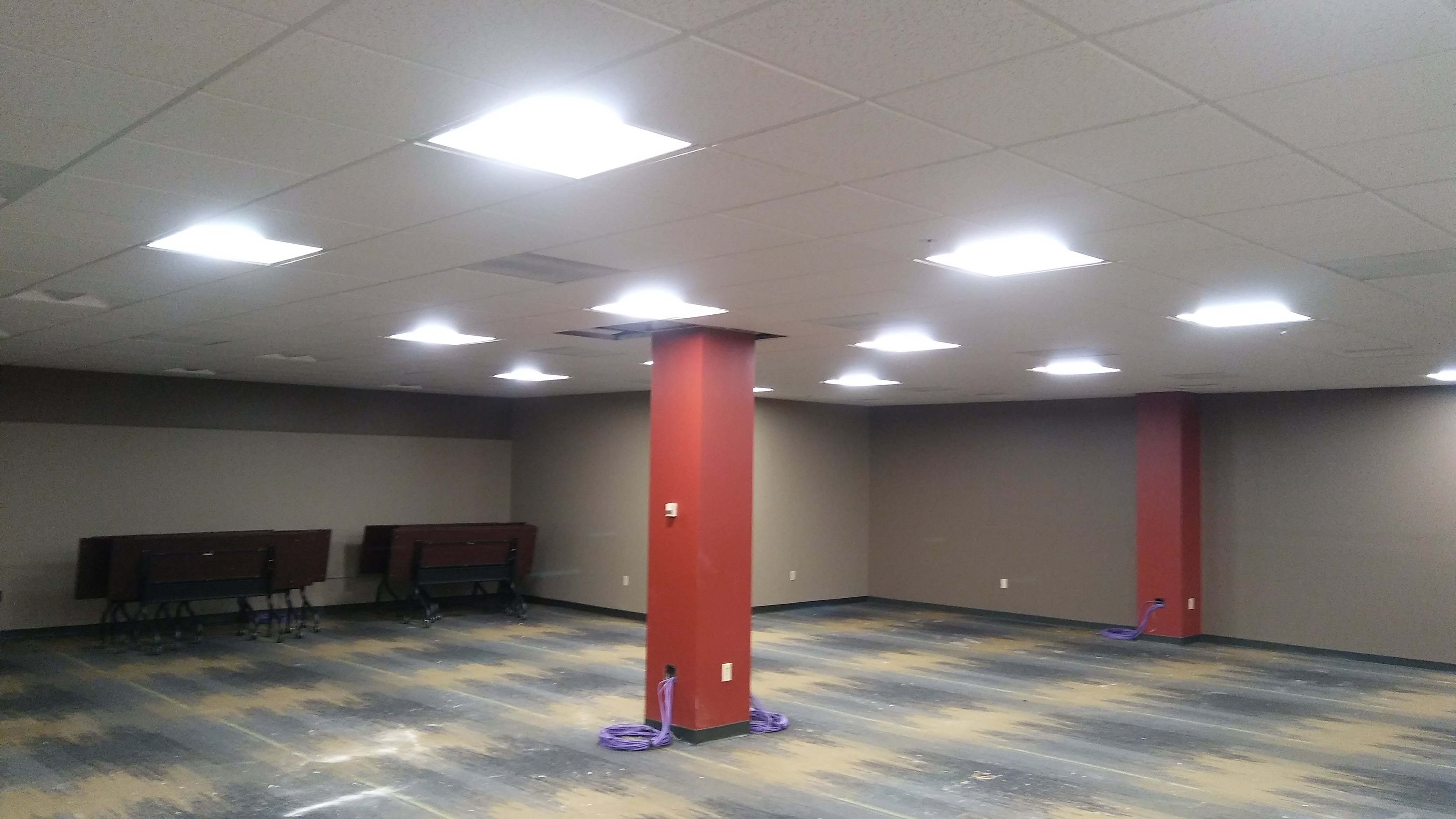 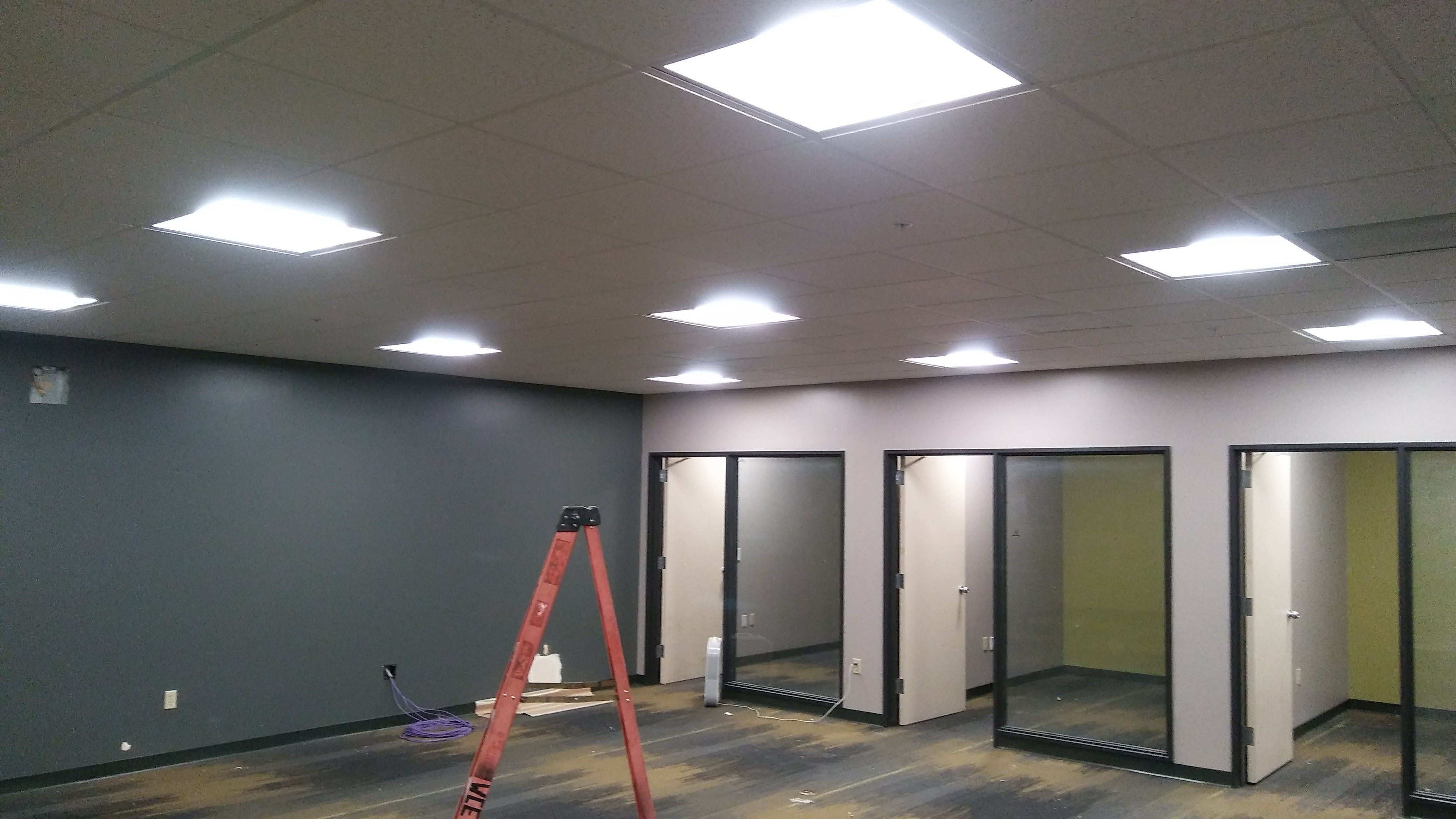 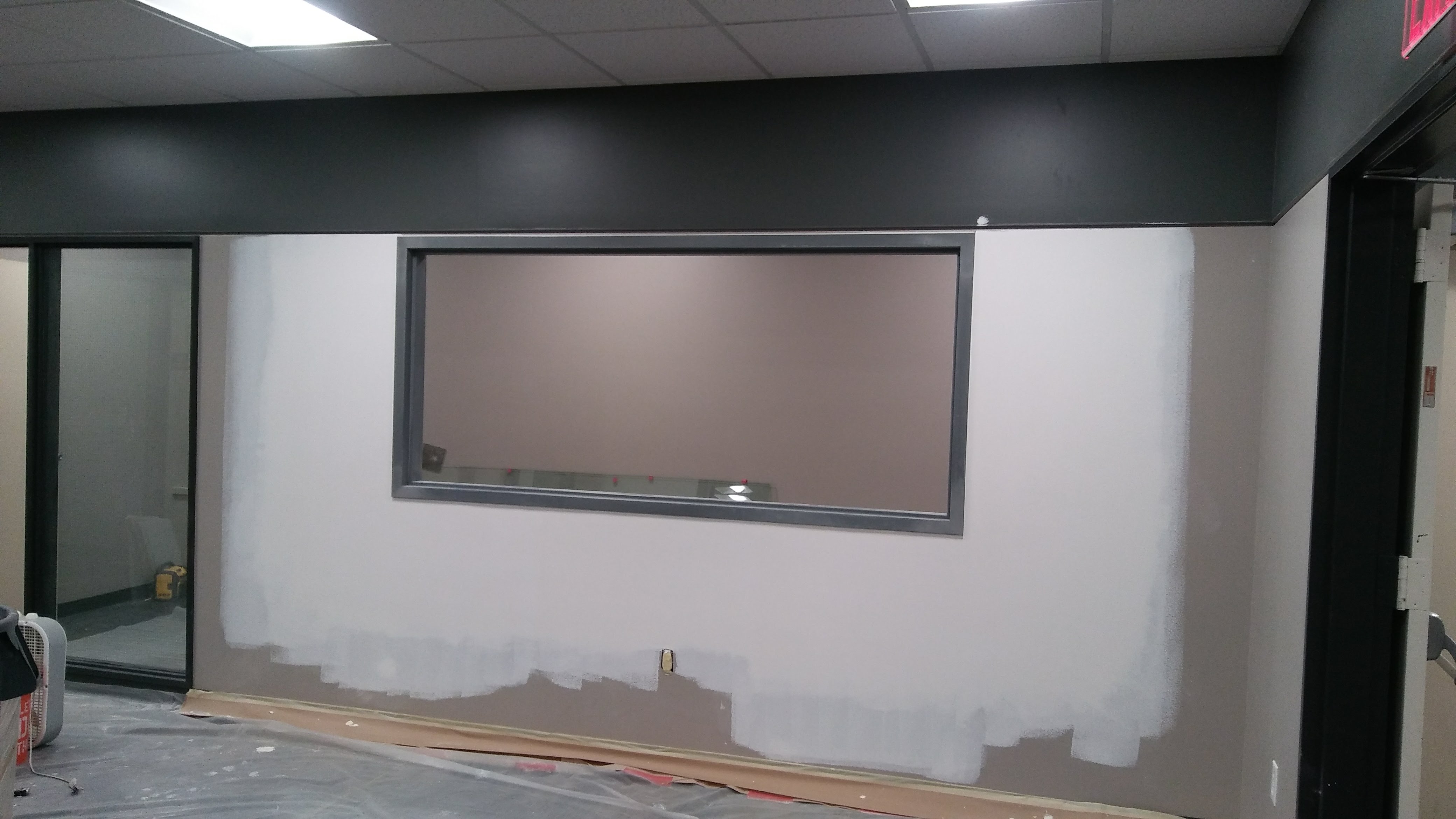 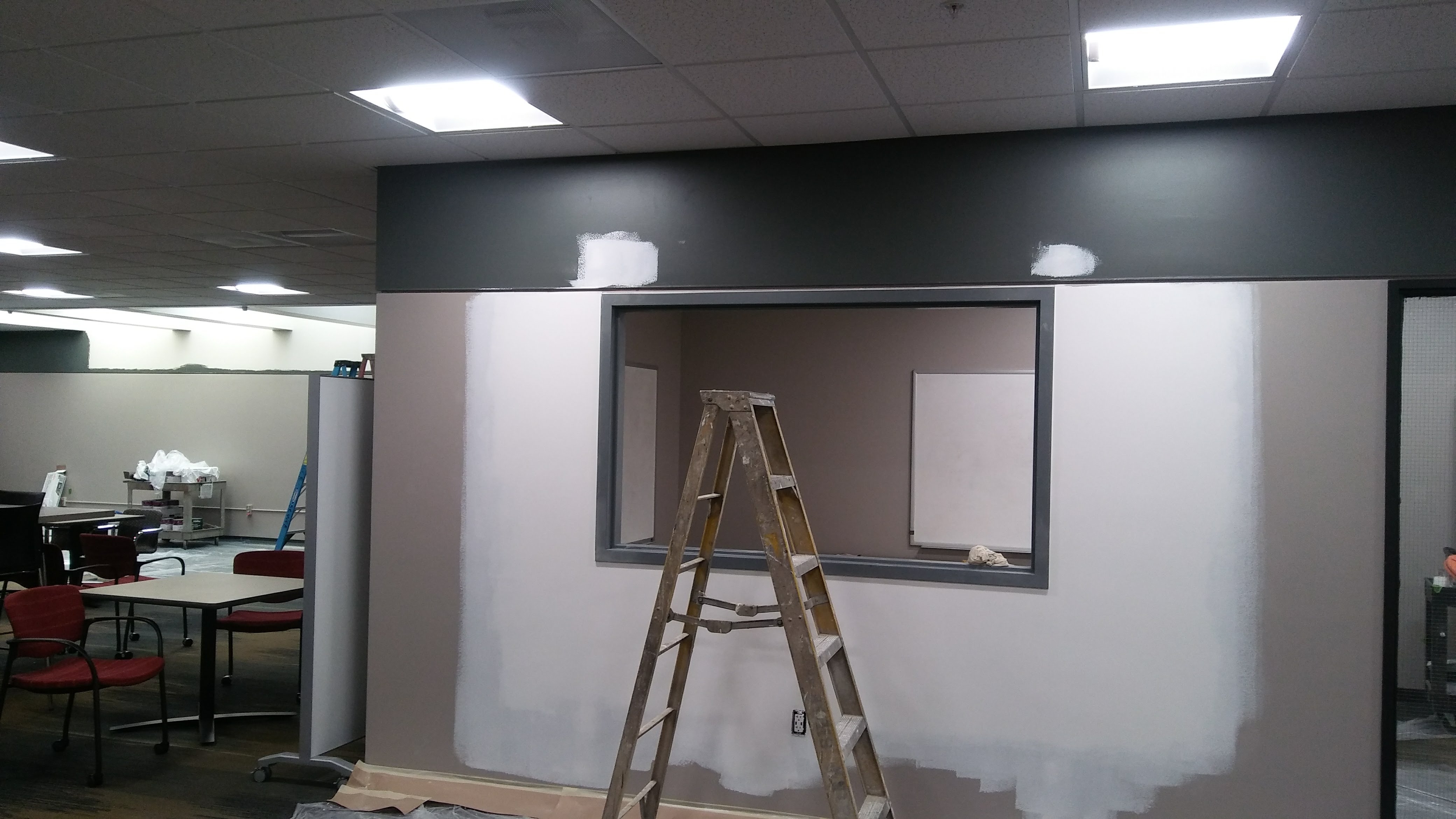 The major advancement this week for the Del Webb Library first floor remodel is the completion of the ceiling tiles. Also, group study rooms received new window frames.  Behind the scenes, work on networking and electrical took place.  On Tuesday, April 10 from 8:00 pm until April 11 at 6:00 am, electrical work will be done in the Del Webb server room that will necessitate turning off the power to the servers.  This means several library and campus services will be unavailable during this time.