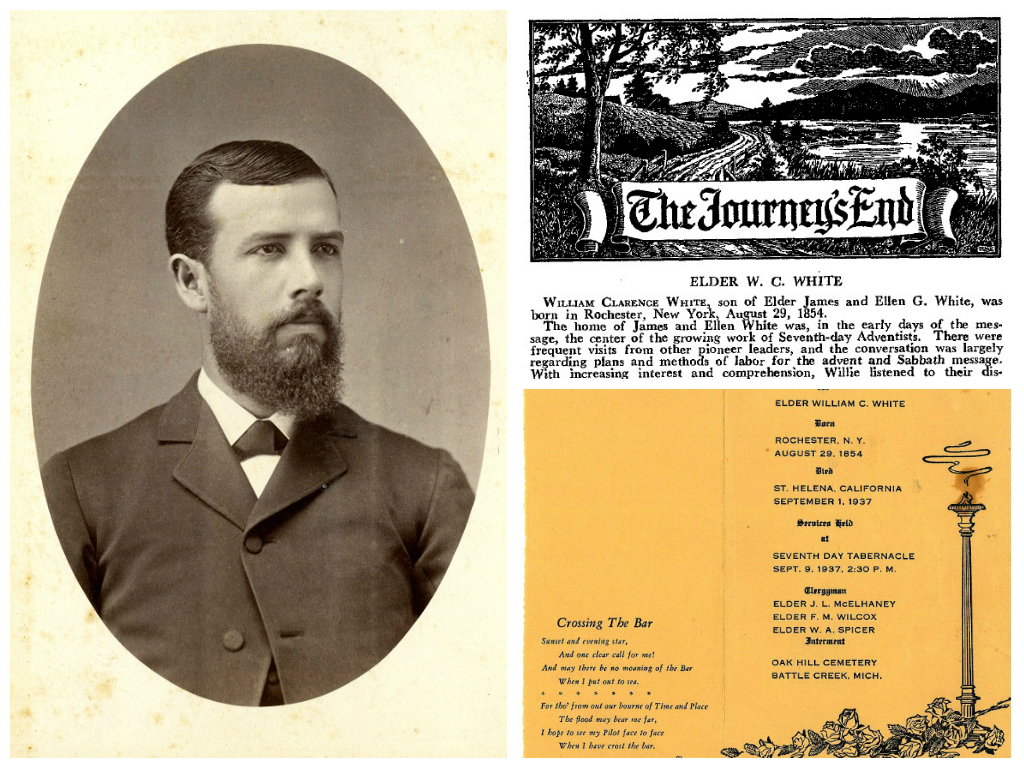 Born in August of 1854, William Clarence White was the son of James and Ellen White. ”Willie”, as his mother referred to him, helped Ellen with her travels, writings and publishing after his father’s death in 1881.  William was one of the four entrusted with his mother’s estate after her death in 1915. He also served as secretary and director of the White Estate until his own death. On August 31, 1937, two days after William eighty-third birthday, he retired early following a long day of work. During the night, he awoke complaining of shortness of breath and died on September 1, 1937 due to an embolism of the heart. Interment services took place on September 9, 1937 at Oak Hill Cemetery, Battle Creek Michigan.

Pictured are some of the items we have available at the department of Archives and Special Collections (R-L: 1- Sepia portrait of William Clarence White, circa 1884. 2 Excerpt: Robinson, D. E. "The Journey's End." Review and Herald 114.42 (1937): 21-22. 3 – William Clarence White funeral program)