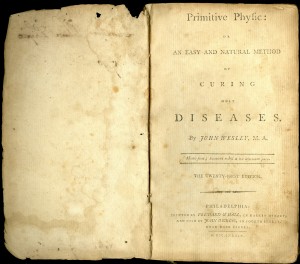 On February 28, 2013, Loma Linda University was given a wonderful book to be added to our History of Medicine collection.  The book, shown here, is:

Wesley, John, 1793-1791. Primitive Physic: or An Easy and Natural Method of Curing Most Diseases. (Philadelphia: Printed by Prichard & Hall, in Market-Street, and sold by John Dickins, in Fourth Street, near Race Street, MDCC.LXXXIX. [1789]. 21st. ed., Edited for an American audience and published by the Methodist Episcopal Church. 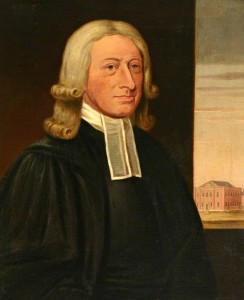 John Wesley was an Anglican cleric and theologian.  He,along with his brother Charles Wesley, are credited with founding the Methodist movement.